Serving you with "Total Solution Approach"
0

What Are the Top 5 Cloud Computing Security Challenges? 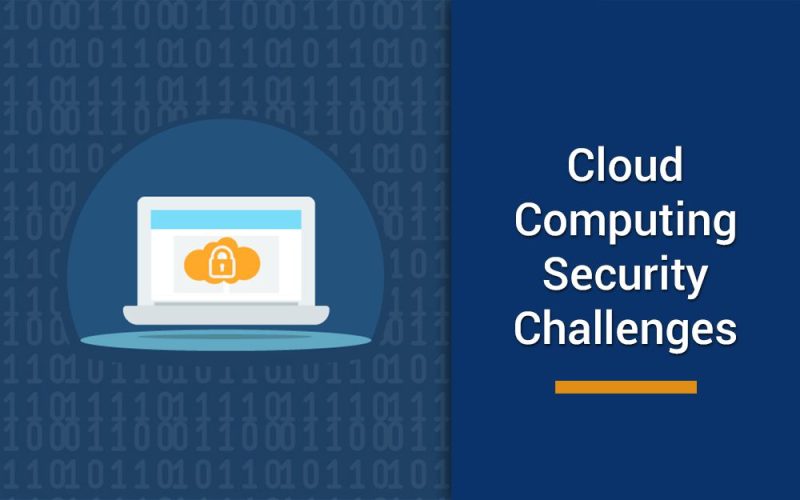 Cloud computing is all the range, but it can also be a security risk. The best way to address these challenges is by using shared responsibility, effective policies and procedures, and a unified view of all cloud workloads.

Cyber-attacks are becoming more sophisticated and targeted, making it harder for organizations to protect their data.

Cyber-attacks can be launched by anyone, from anywhere in the world; they don’t have to come from a specific location or computer network. This makes detection difficult because attackers may use different software tools on different computers (like malware). In addition, cybercriminals are increasingly using fake websites and social media accounts to trick people into giving away their personal information such as credit card numbers or passwords—which makes security systems useless!

Cybercriminals can also use stolen credit card numbers for purchases that look legitimate but aren’t actually yours–they’ll even take out loans in your name, so they won’t get caught!

A DoS or Distributed Denial of Service attack is a targeted attempt to make a service unavailable by overloading it with useless traffic. This can be done through an Internet protocol (IP) flood, which floods the target with packets so much that none can be processed, or a SYN flood, in which attackers send many SYN requests for TCP connections to the server’s port 3306 on the same IP address.

The most common way for companies to experience DDoS attacks is through their network infrastructure—that is, their servers and routers. If you’re feeling nervous about this particular threat and don’t know how best to protect yourself from it, there are some things you can do:

Insider threats are a major security concern for cloud security services providers. The threat of insider attacks is growing, as hackers have learned how to target employees and ex-employees for data theft.

Insider threats can come from the cloud provider itself or from an employee who has access to sensitive information (e.g., passwords). This type of insider threat can be malicious or accidental; it could be someone with malicious intent who wants to steal your company’s confidential data; or it could be someone who makes a simple mistake while using their work laptop at home, copying sensitive files onto another machine without realizing what they’ve done until later on when they realize that those same files are now missing from their original location on Google Drive/Dropbox etcetera…

Advanced persistent threats (APTs) are a form of cyber-attack that is difficult to detect and can cause serious damage. APTs use multiple methods to infiltrate a network, including phishing, viruses, and other tools. They often target specific individuals or organizations with an intention to extract confidential information for personal gain or for political purposes.

APTs are difficult to detect because they use legitimate tools and techniques as part of their attack strategy; thus, it’s hard for security professionals who don’t know what they’re looking for—or how best to respond—to identify them.

The best ways to address these security challenges are using shared responsibility, effective policies and procedures, and a unified view of all cloud workloads.

The best ways to address these security challenges are using shared responsibility, effective policies and procedures, and a unified view of all cloud workloads.

The cloud has transformed IT. We’ve seen how it can empower an organization to innovate, transform, and grow. But as with any new technology, security concerns have emerged as well. It’s important for your organization to understand challenges ahead and address them effectively now so that you can continue to embrace the benefits of cloud computing in the future! To Secure your Cloud Servers get in touch with TI Infotech

As the travel industry is a dynamic one, TI Infotech team is permanently working on bringing you the latest travel industry news, insights and useful resources for your travel business!